Our choral performance groups include:

Choral groups are featured during the Christmas Concert, during the Spring Concert, and at various other times throughout the year. 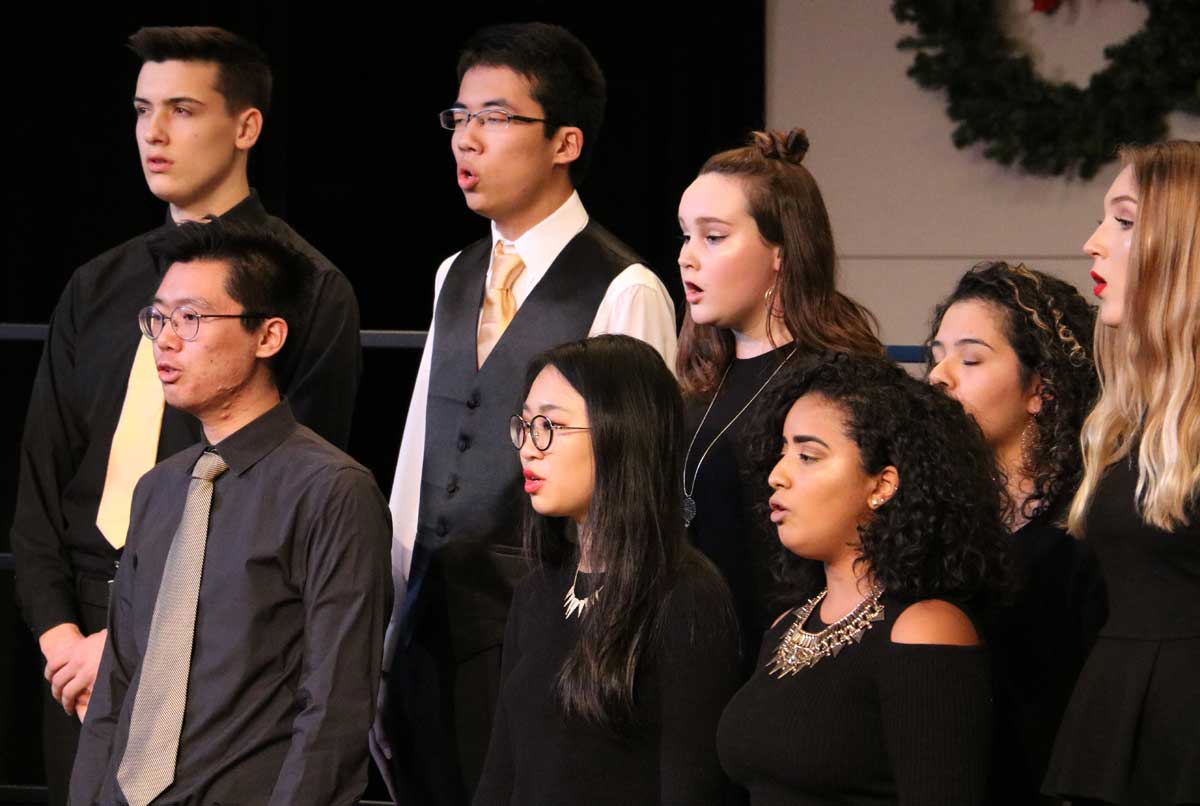