What better time to celebrate Raider Love than on Valentine's Day!

In November, Jose Batistine '10 and Alyssa Reilly '10 returned to where their love story began, Central Catholic High School, for their engagement photos.

They’ll be getting married in March – one of several Raider love stories we’re highlighting this year as we approach Valentine’s Day!

When it comes to planning a momentous occasion, Josh Dick '13 knows how it’s done.

Josh brought it back to where it all began...Brittany’s freshman year locker right here at Central Catholic.

Congratulations to Josh and Brittany!

Central Catholic alumni at the wedding of John Zappala '06 and Ashley Doherty '07, July 2019 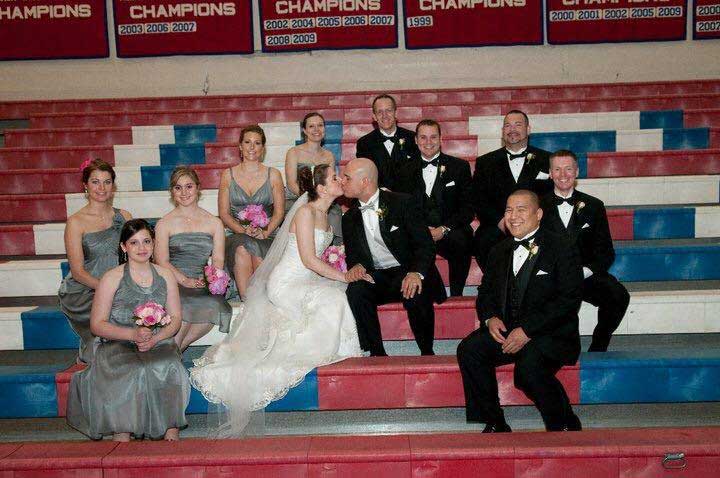 We'd like to take this opportunity to recognize those married couples who graduated from Central Catholic.

Check out our list of Raider Couples (married graduates of Central Catholic) - below.

Happy Valentine's Day from the place where it all began!

Let us know if we're missing anyone.

Are you a Raider couple missing from the above list?

Email us at website@centralcatholic.net (and send us a photo!)

Michael Cronin '07 & Lauren Feroce '07 met in the Theatre Guild over 10 years ago. So when Mike proposed, he did it in the place that made the most sense –at Central Catholic High School’s Allan B. Rogers Memorial Theater when they returned for the 2014 spring musical! They celebrated their Raider marriage on September 5th at Turner Hill, Ipswich, MA. The wedding party included classmates Eric Quinn, Caitlyn Ward, Jonathan Machado (best man), Mark McComiskey, Nicole Rogers, Julie Fisher, Brian Dalias, Kristen Hall and Alicia Daly.

2012 saw an abundance of Raider Weddings, with many couples sending in photos and one couple even coming back to where it all began for a photo shoot and a rendition of the Alma Mater! 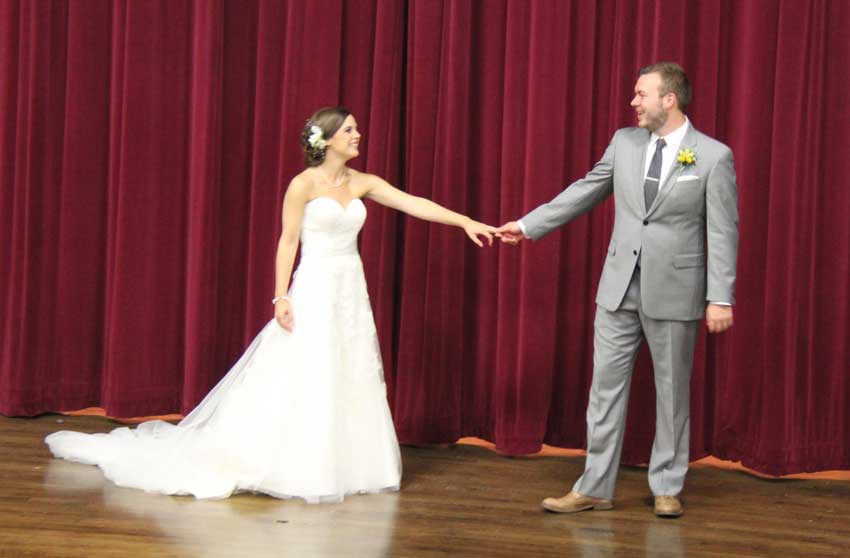 Kristen Riley '05 & John Sullivan '05 returned to Central Catholic to take  photos on the day of their wedding (July 2012).

Over the summer of 2011, at least two Central Catholic couples got married!

In July of 2011, Todd Beaudoin '02 and Kelli Carberry '02 were married with over 50 CCHS and Saint Mary High School alumni in attendance. Todd and Kelli first met at Camp Marist in the Fall of 1999 during Central Catholic Freshman Orientation. They are both children of Central Catholic alumni: John Beaudoin ’73 and Robert Carberry ’66. In addition, Todd’s mom is a Saint Mary’s graduate, Kathy Gaidis Beaudoin, Class of 1973. Todd and Kelli also have older siblings who are Raiders.

It’s safe to say that Sean Thomann '00 and Katy Dolan '01 would agree.

Congratulations to Todd and Kelli, Sean and Katy, and all Central Catholic couples!

Do you have your own Raider Love Story to share?

If you are a part of or know of a Central Catholic couple, please let us know. 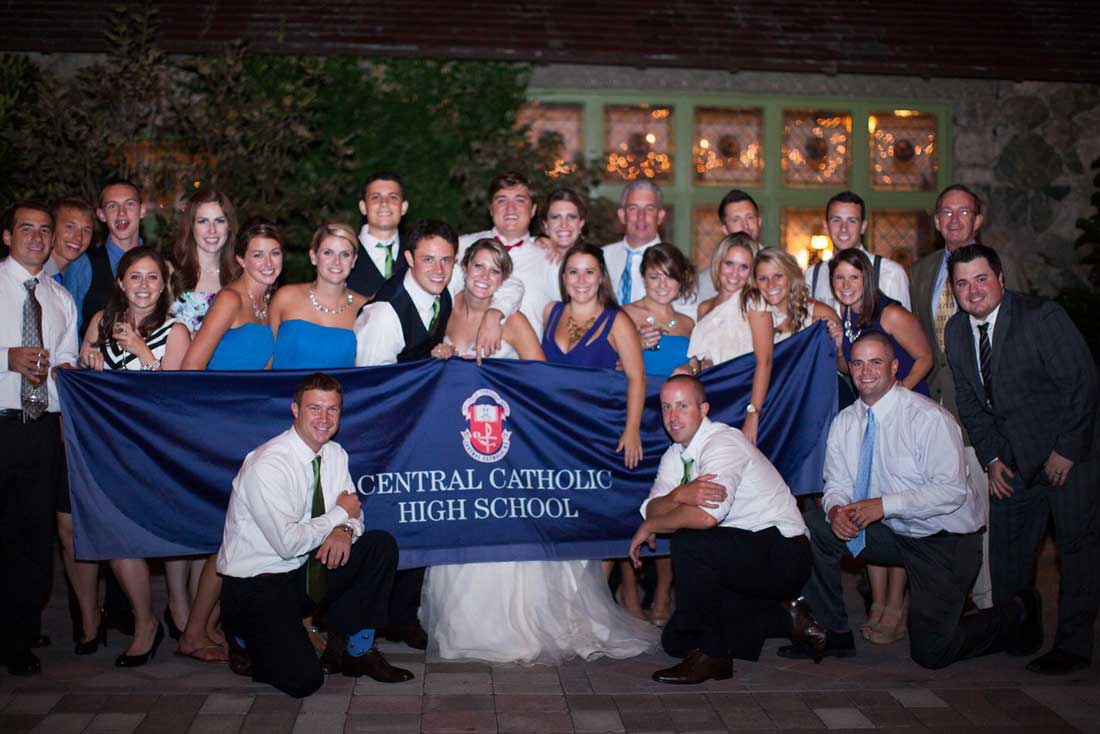 Founded by the Marist Brothers in the heart of Lawrence, Massachusetts in 1935, Central Catholic High School enrolls 1,200 students from over 60 cities and towns and several countries. Students come from diverse backgrounds to form a caring community of faith, learning, and service. They advance to college in overwhelming numbers (nearly 100%) and move on to successful careers and positions of leadership in government, business, industry, academia, and professions.

Central Catholic High School is fully accredited by the New England Association of Schools and Colleges.

Mission: Central Catholic High School makes Jesus known and loved.
We educate the whole person for college and for life, with particular care for the least favored and those in need.

Back To Home Page